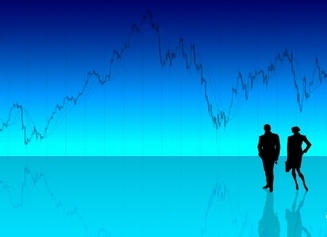 Most of the people who have been trading in forex for quite some time understand the concept of stop loss, but there are many who are still not aware of this very important concept and as a result of it end up losing a lot of money in the currency market. The most important thing that needs to be remembered about stop loss is that it is an important tool that can help you maximize your profits. Why?

Simply because of the fact that it is a protection mechanism and if there is no protection, even naïve transactions can cost you a lot of money. This article is dedicated to understanding the concept of a stop loss and how it can be used effectively.
What is stop loss? Well, the answer is quite simple actually. In forex trading, a stop loss is an order that is placed with a broker to sell a currency pair when it reaches a certain pre-determined price level. This means that if you have bought a currency pair and are expecting it to rise to a particular level but the price of the pair starts falling, then there is a level that you can specify that the currency should be sold at to avoid further losses in that pair.

So how can one use stop loss effectively to reduce losses and to consolidate profits in the currency market? Well, in order to do what is listed here, one needs to first understand the psychology of investing. When we are making money, there is euphoria but when we start to lose money there is shock. In the absence of a stop loss, a 10% loss takes the shape of a 40 or a 50% loss.

There are basically two main strategies of employing stop losses. The first is that of having a traditional stop and the other is of having a trailing stop. In case of a traditional stock, when you purchase a currency pair you specify a particular stop loss price value and in case that price level is reached your currency holding is liquidated and you exit the market. The problem with this is that you may lose money even if the price of the pair increased in the beginning but fell afterwards.

To resolve this kind of behavior we have the trailing stop. In case of a trailing stop, you specify the number of pips that you are willing to lose in case the price of the pair you have bought starts to fall. Suppose you have set that to 50 pips while purchasing USD/EUR at 1.2130. This means that your stop loss is at 1.2080. But here lies the difference in case the price of the pair rises upwards your stop loss is also going to move up, thus consolidating your profits. Suppose the price now rises to 1.2150. Here the stop loss would become 1.2100 thus making you a profit of 70pips even if the stop loss is breached.
These are the ways in which a stop loss can be effectively used to consolidate and protect your investment in the currency market.

Proper understanding of the stop loss mechanism is a great way of increasing your long term profits.

Quidax, an African cryptocurrency startup has partnered with Flutterwave, a payments processor to enable users to easily fund their wallets via an app owned by Flutterwave.

Quidax, an African focused cryptocurrency startup has partnered with Flutterwave to enable users of Flutterwave’s GetBarter fund to easily fund their Quidax wallet easily. As part of the partnership, Quidax will give 2,000 naira to new and existing users of GetBarter who use the “pay with barter” option when funding their Quidax wallet with a minimum of N5,000 from 19th March to 15th April, 2019.

According to Wole Ayodele, Head of Business Development at Quidax, this partnership is very exciting for both organizations as it combines Flutterwave’s GetBarter – which makes it easy for people to manage their finances and make payments – as well as Quidax’s seamless cryptocurrency exchange. “Our goal is to simplify access to cryptocurrency in Africa and this partnership helps achieves that,” he went on to say.

When asked why it was important to simplify access to cryptocurrency, Mr. Ayodele stated that the time is here to push for a flatter world with finance. He added that adoption of cryptocurrency has multiplier effects for businesses and the GDP of countries, bitcoin is just the beginning.

In February, JP Morgan, one of the 10 biggest banks in the world launched its own cryptocurrency, the JPM coin, which is designed for business-to-business money movement flows. JP Morgan had stated that they were running a pilot which would include a total of 27 million accounts.

Also in February, the New York Times revealed that Facebook and Telegram are working on launching new cryptocurrencies that would enable people to send money to contacts on their messaging systems.

Quidax is a cryptocurrecy startup that provides a seamless platform for users to send, receive, buy and sell cryptocurrency using their local currencies.

Founded in 2016, Flutterwave is a global payments solutions platform for companies all over the world to accept payments from customers on the African continent and abroad. It allows clients to access their APIs and work with Flutterwave developers to customize payments applications. 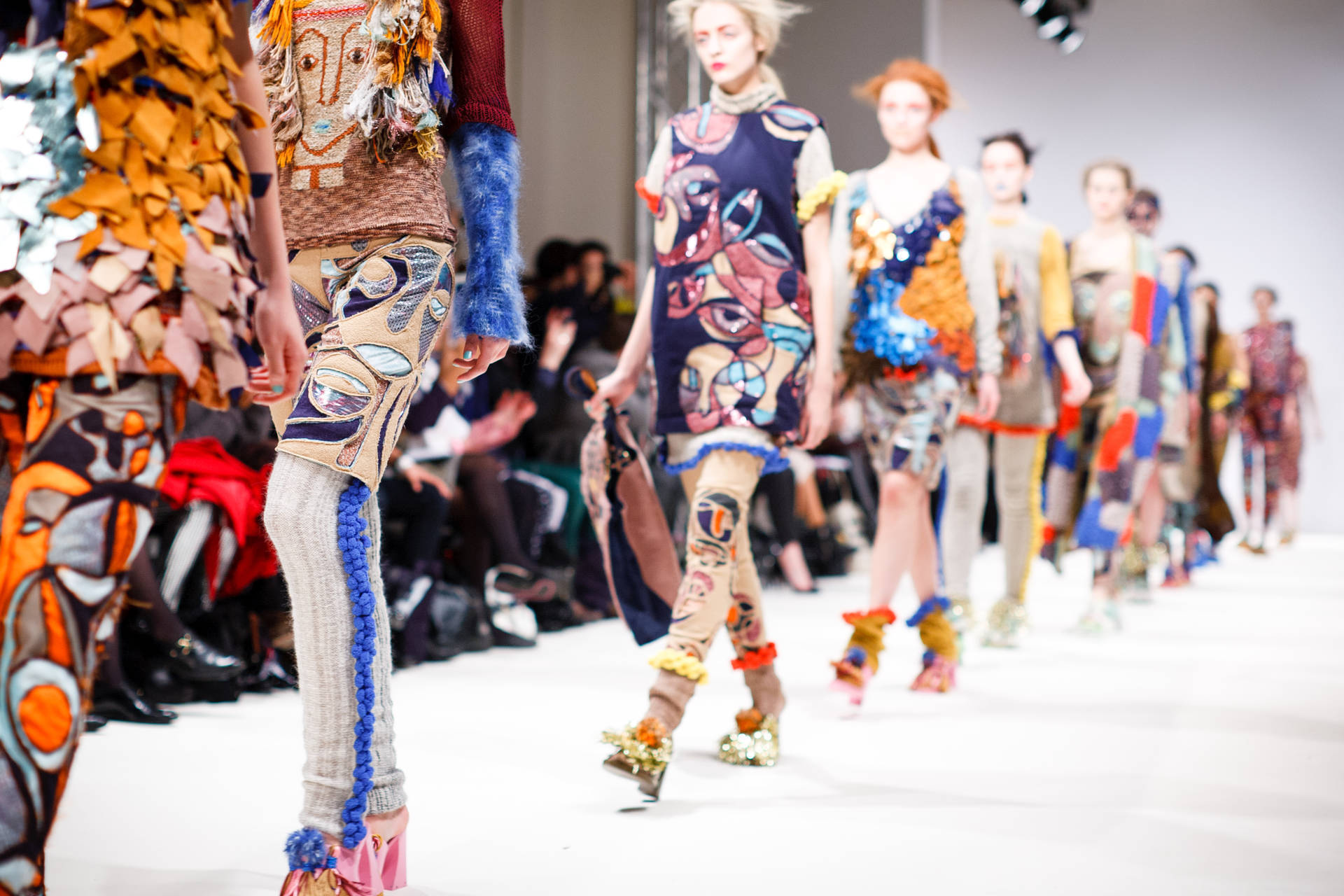 Jobs search engine Adzuna has found that Cape Town is the city with the most job opportunities, with 14 023 jobs advertised on the site in January 2018. The finding is based on an analysis of 140 000 vacancies advertised over this period.

StatsSA 3rd quarter data for 2018 indicated that employment in the City of Cape Town grew by 3.9% year on year. More importantly, however, the number of unemployed declined by 38 000 over the same period.

According to Adzuna, the sectors advertising the most amount of jobs across the country were IT, consultancy, technology, engineering and accounting and finance.

“The Western Cape government has focused on growing tech skills and opportunities in the province as we want to position ourselves as a global tech hub. Last year, the Endeavour Insights report revealed that the Cape entrepreneurial tech sector is significantly more productive than other African cities, employing more than double the people of Lagos and Nairobi combined, with 450-550 entrepreneurial companies employing between 40,000 to 50,000 people,” Minister Schäfer said.

The Western Cape is also home to a fast-growing financial services sector, which now employs nearly half a million people.

“Cape Town was also named the top financial centre in sub-Saharan Africa, overtaking Jhb in the Global Financial Centres Index last year. It was the first time Cape Town has been named in the report, and was 2018’s highest new global entry, entering the global list at number 38,” Minister Schäfer said.

“As the Western Cape Government, our number one goal has been to create an environment conducive to investment and job creation. Data like this, which shows that opportunities are being created, is proof that our hard work, to attract investment and grow the economy through strategies like Project Khulisa, is paying off.” 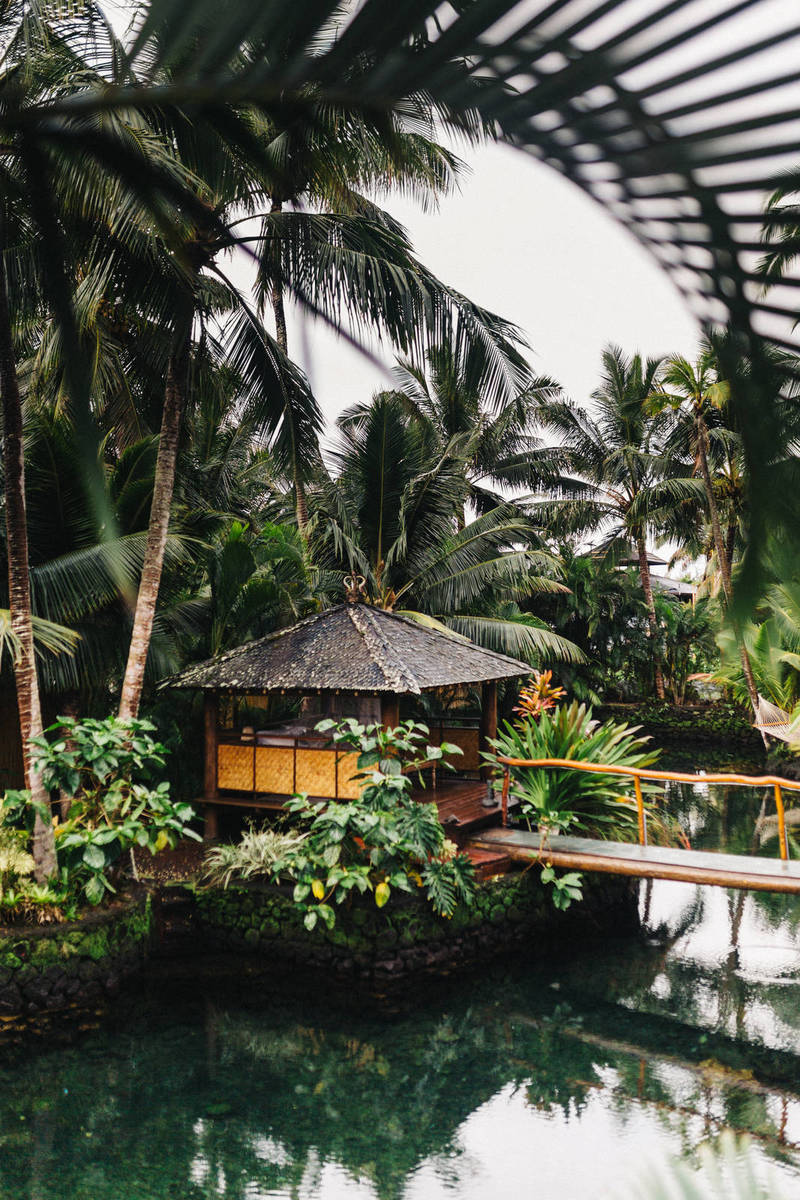 Misleading audio clip not the product of CoGTA

MEC Xasa said that he is not aware of the contents of the audio clip as well as the person making the announcement. He added that the department is not on a recruitment drive of unemployed graduates.

“CoGTA does not advertise job opportunities via audio clips and this has come as a surprise to all of us in the department. Whoever is behind this audio clip is not doing it on our behalf rather for his own selfish interests. This not our product hence we reject and disown it forthwith,” said MEC Xasa.

He added that his department advertises job opportunities through the appropriate media platforms using its official brand identity with contactable and identifiable officials of the department.

“We encourage members of the public to always exercise vigilance so as not to be taken for a ride by nameless and faceless people promising them job opportunities, said MEC Xasa.

A nice and easy way of making money online is by selling photos. These days’ digital cameras are cheap enough to buy and if you have a computer it makes your work even easier. All you have to do is plug your camera in and copy your photos over to your hard drive.

There are a number of ideas you could use for earning money online by selling photos. There are a number of stock websites that allow you to sell photos but always read through your terms and conditions to find out what type of rights you are giving away. As some might not allow you to sell to other websites while some options, but you will receive less money will allow you to sell to multiple sites. Stock websites often sell photos to webmasters and newspapers that are always on the lookout for photos to compliment their articles or stories. Even stories that wouldn’t normally warrant a photo gets a photo. If a story was being done on a local arrest of a youth a close up picture of hands in cuffs could suit that article quite well. Even when stocks and shares are discussed rarely can you find a picture that would suit but by simply having a photo of a man throwing money in the air or someone trying to steal his money away in a comical way can make the article or story much more readable and identifiable?

If a story was being done of house burglary and you had a photo of a thief pointing at you like Uncle Sam it would compliment a guideline article of what not to do when you are away for the holidays.

There are literally thousands upon thousands of stories and articles published every day and a large percentage of them need to have pictures, so if you can get photos taken of uncommon practices you might find your photos are under constant demand and find you are able to make some extra cash just by doing it online.

Where to sell your photo’s 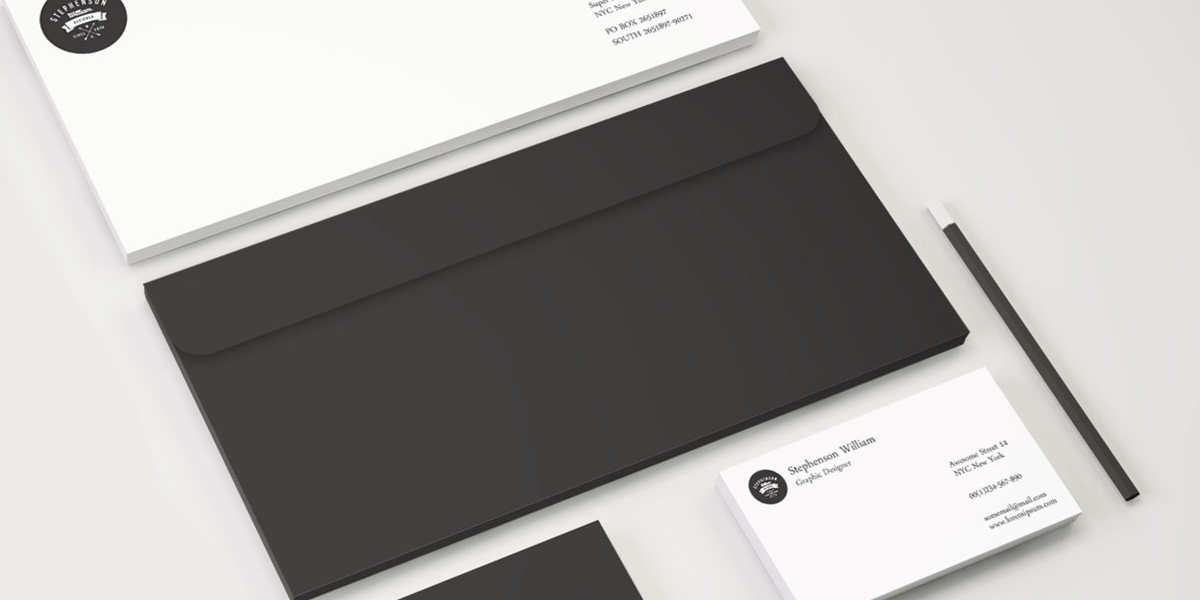 Lisa, vampires are make-believe, like elves, gremlins, and Eskimos. We started out like Romeo and Juliet, but it ended up in tragedy. Attempted murder? Now honestly, what is that? Do they give a Nobel Prize for attempted chemistry? Get ready, skanks! It’s time for the truth train! Books are useless! I only ever read one book, “To Kill A Mockingbird,” and it gave me absolutely no insight on how to kill mockingbirds! Sure it taught me not to judge a man by the color of his skin…but what good does *that* do me? 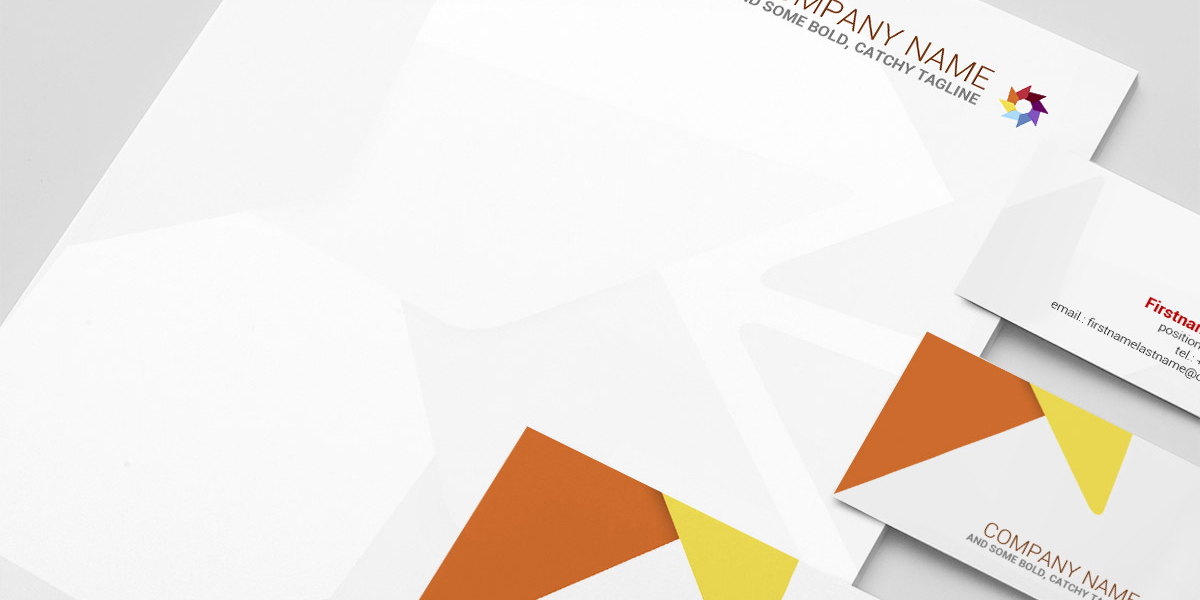 That sounded like a prayer. A prayer in a public school. God has no place within these walls, just like facts don’t have a place within an organized religion. Son, a woman is like a beer. They smell good, they look good, you’d step over your own mother just to get one! But you can’t stop at one. You wanna drink another woman! The Internet King? I wonder if he could provide faster nudity. 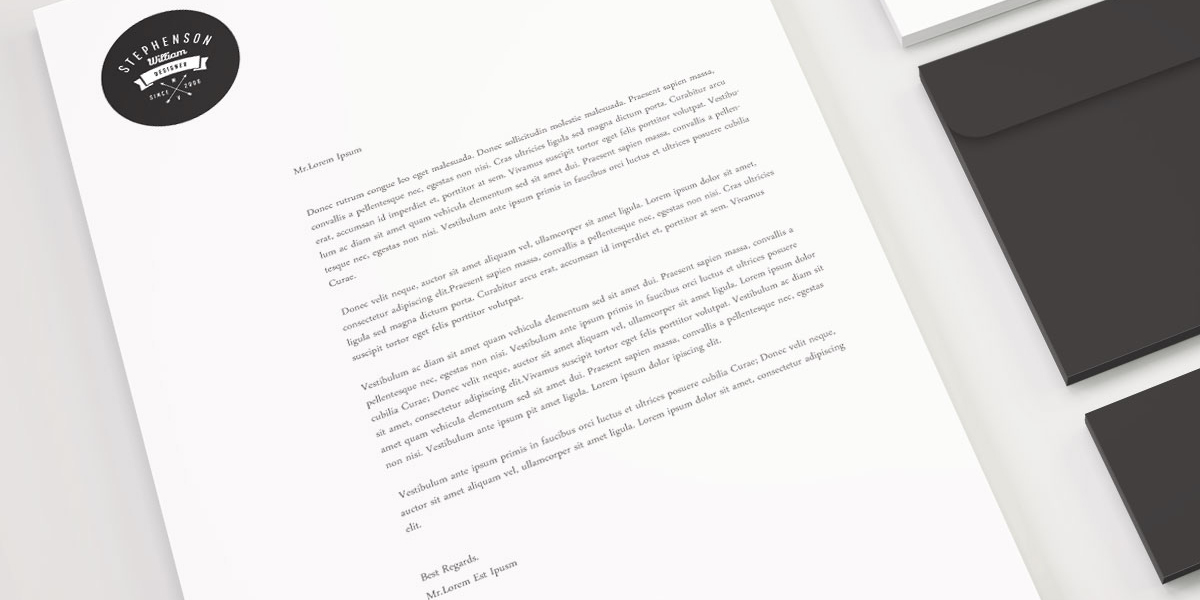 There’s one way and only one way to determine if an animal is intelligent. Dissect its brain! It’s a T. It goes “tuh”. Anyone who laughs is a communist! Morbo will now introduce tonight’s candidates… Morbo’s good friend, Richard Nixon. 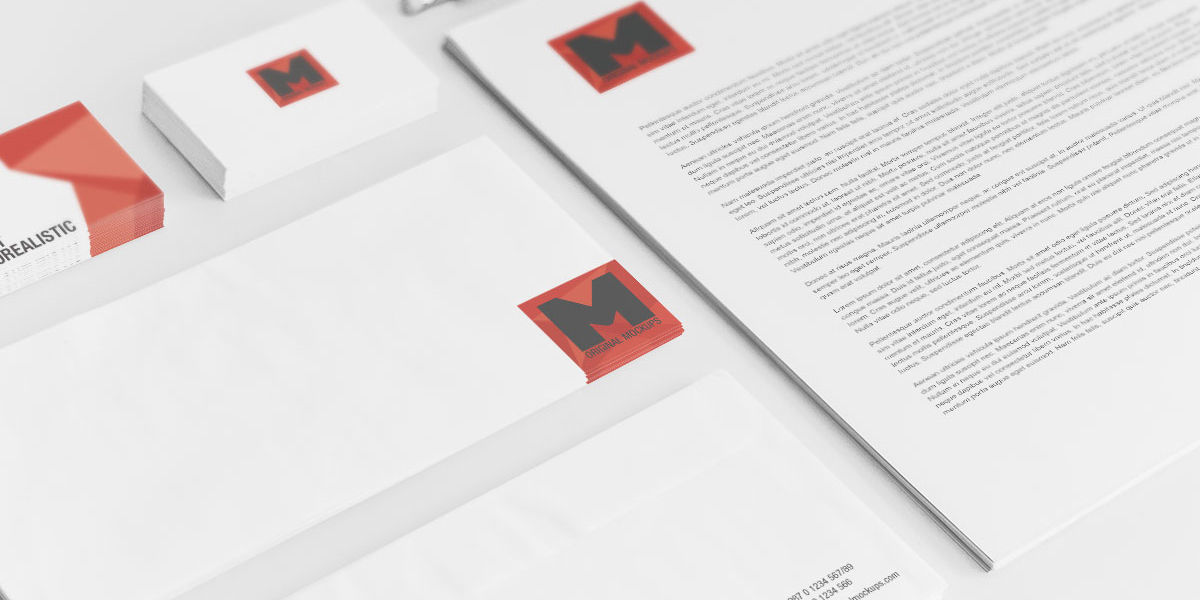 Books are useless! I only ever read one book, “To Kill A Mockingbird,” and it gave me absolutely no insight on how to kill mockingbirds! Sure it taught me not to judge a man by the color of his skin…but what good does *that* do me? I’m a Spalding Gray in a Rick Dees world. You don’t win friends with salad. The Internet King? I wonder if he could provide faster nudity.

We help businesses to create and implement exceptional experiences for their customers. We specialise in online multi-channel technology services.

Time to meet our team of technology and business professionals. Let us help your business reach it’s potential.